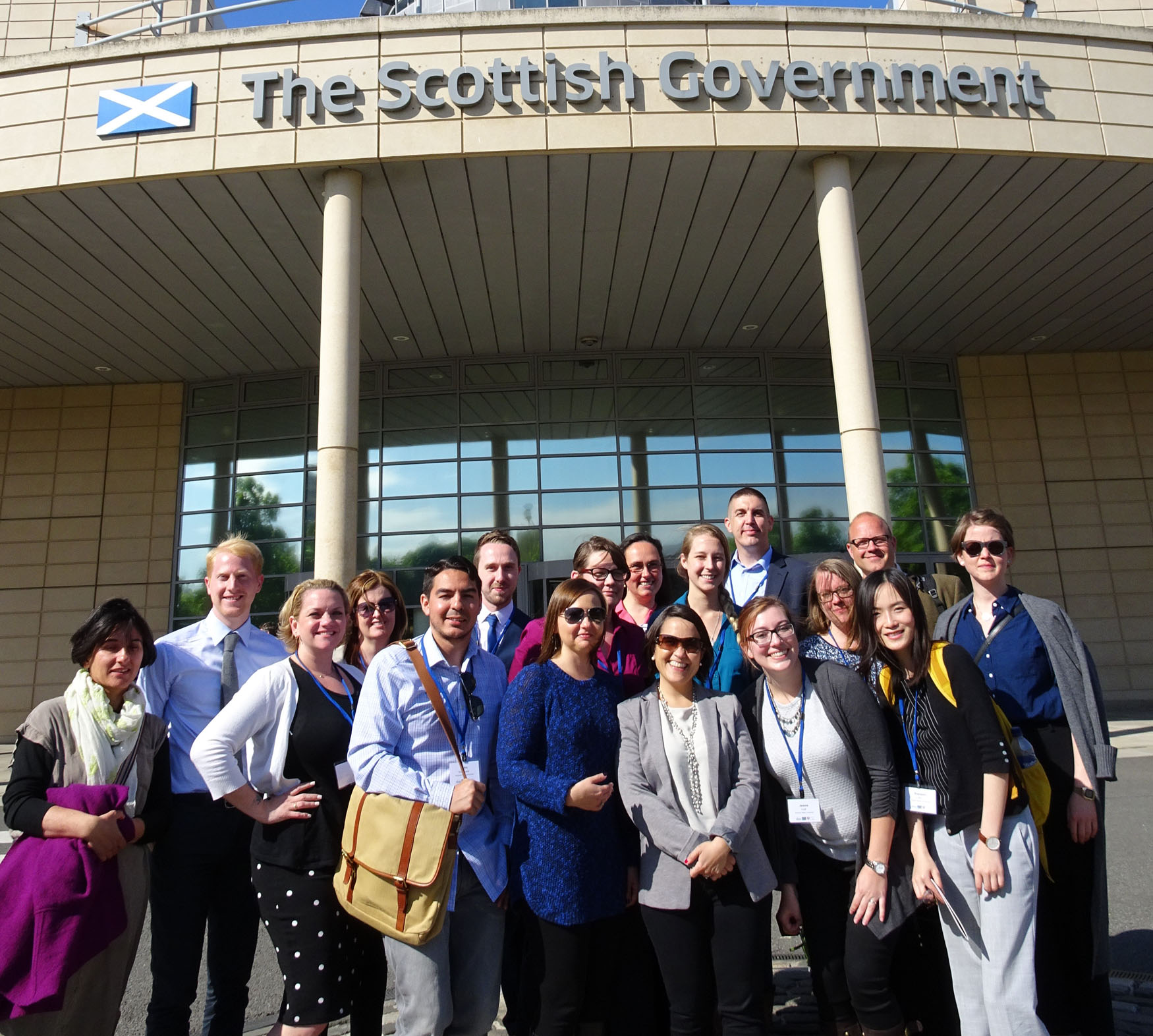 One essential ingredient for improving and sustaining a strong relationship between research and practice, is the training of new scholars in the skills and values of both generating high quality knowledge and translating it to practice. This is especially the case with policing research, where researchers are often called to carry out field studies, engage with practitioners, community groups, and other stakeholders, and generate high-quality evidence for policy decisions. Ensuring that the next generation of criminology researchers are not only interested in pursuing questions related to policing and law enforcement, but receive a broad base of knowledge and skills they will need to be effective generators and translators of their research is a top priority.

With these goals in mind a group of faculty members specializing in policing from George Mason University, universities within the Scottish Institute for Policing Research, and Arizona State University collaborated this summer to design and deliver the first International Summer School for Policing Scholarship (ISSPS) for doctoral level students from May 30 – June 4. This year, the ISSPS was hosted by the Scottish Institute for Policing Research at the University of St. Andrews where the students got to live in graduate dorms and study for a week in the beautiful and historic town of St. Andrews, Scotland. Thirteen policing scholars from the U.S. and Scotland volunteered their time to contribute to the programme for the Summer School which was attended by twenty doctoral students. The summer school was free of charge to participants, who were responsible only for their travel.

To facilitate in-depth discussion, dialogue and interaction between academic staff and students, the ISSPS was limited to twenty doctoral students engaged in policing studies (the next Summer School will also enroll no more than twenty-five applicants). To secure a place on the Summer School students were asked to write a short account of why they wanted to attend and what benefits they hoped to gain. Students hailed from Arizona State and George Mason Universities in the U.S., Glasgow Caledonian, Edinburgh Napier, Dundee, and the Open Universities in Scotland, and the Norwegian Police College and the University of Oslo in Norway. There was also a deliberate mix of students at different stages in their doctoral studies in order to promote peer-to-peer learning. Faculty and events were supported by the Scottish Institute for Policing Research, the US-UK Fulbright Commission, George Mason University, the Division of Policing of the American Society of Criminology, and the School of Criminology and Criminal Justice at Arizona State University.

The Summer School featured a week of presentations, discussion, and activities designed to expose students to new perspectives on policing theory, methods and research ethics as well as cutting edge research on a number of topics, including police technology, the use of research in practice, and police reform. The summer school began by each student sharing the work they were involved in, which allowed faculty to tailor their discussions and lessons around student’s ideas. Our objective was to make the summer school a truly international experience so that students would receive knowledge and skills that they might not normally receive in their respective programs at home. Thus, topics covered by ISSPS faculty were grouped into five areas which were covered by both U.S. and Scottish academics to create a broad balance of perspectives:

Research Design and Ethics in Policing

Working with Different Types of Data

Additionally, students engaged in two workshops to enhance their learning. The first was a visit to the Justice Analytic Services of the Scottish Government, to meet with multiple staff members to learn about the research at the JAS and its impact on crime and justice policy in Scotland. The second was a workshop focused exclusively on writing for publication and policy, led by ISSPS faculty, to examine publication strategies for academic journals and policy publications. Students also had the opportunity to get to know each other, as they stayed in graduate dorms, and met together each day for discussions during breakout sessions.

This Conference was organised by the Scottish Institute for Policing Research