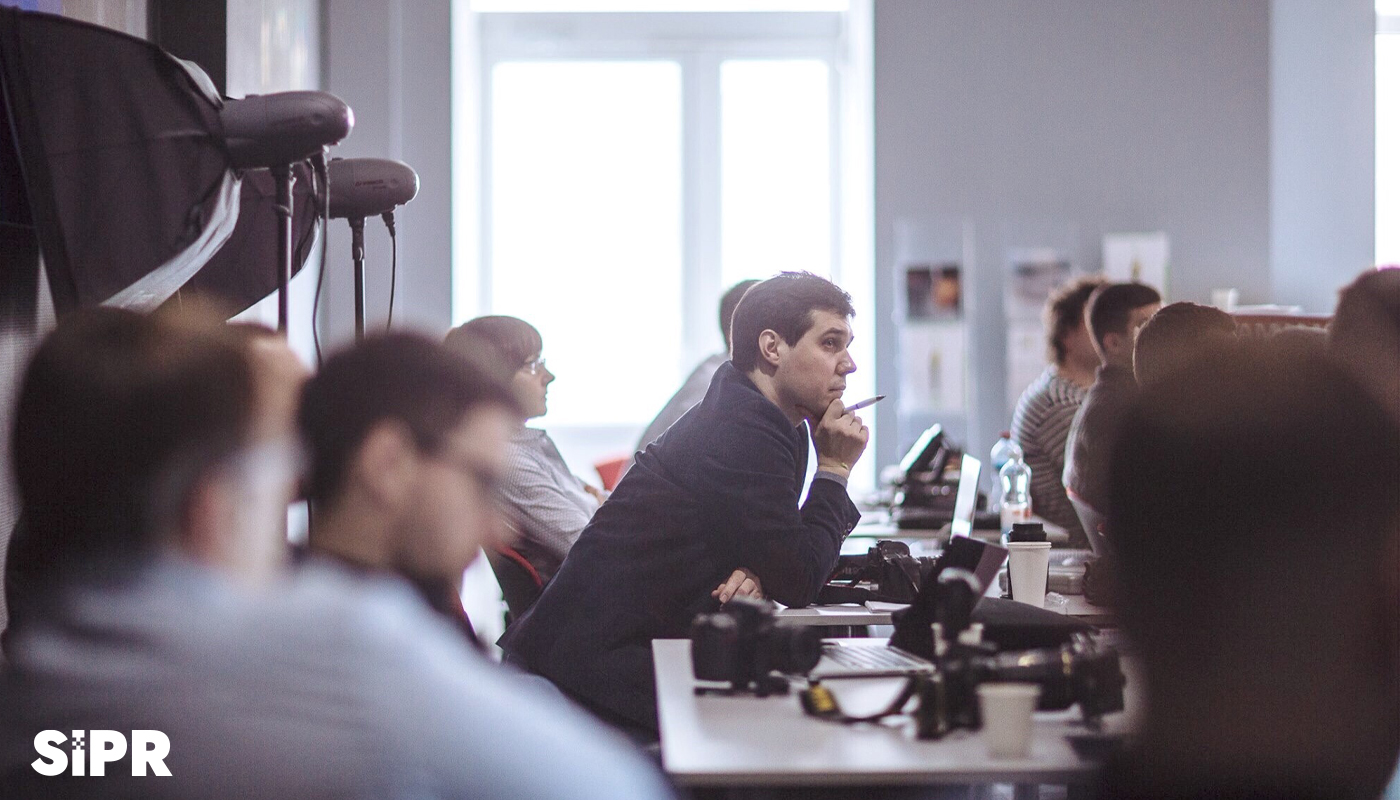 By Katie Gambier-Ross and Kate Thomson

In June 2018, nine PhD students attended the SIPR – Centre for Evidence Based Crime Policy International Policing Scholar Summer School (IPSSS) at George Mason University in Virginia, USA. Eight of us are currently undertaking PhD’s relating to policing research at SIPR consortium universities across Scotland and one in Sweden. Our research interests and areas span a variety of topics; from aviation terrorism to dementia; child sexual exploitation to police organisational culture. For all of us, the summer school was to be a completely novel experience: for some, it was the first trip to the states, and for many, it was the first time we’d met. However, from the off, we were all united in our common goal to learn more about policing research to improve our PhD and future research projects.

The SIPR group toasting to a successful summer school week on our first night. The group bonded exceptionally quickly and we knew we were in for a fantastic week with staff and students alike.

We began our state-side visit with a group day trip to Washington. Led by Professor Cynthia Lum, we managed to tick off seeing key American sights, including the White House, Lincoln Memorial, Washington Monument and Vietnam Memorial. Cynthia really went out of her way to ensure we saw the best spots around Washington for the all-important group selfies!

Team selfie outside The White House

All students and SIPR staff stayed in dorms on campus and that further added to the unity of the group. Jetlag worked in our favour and the relentless 5am wake-up time usually resulted in most of us making the most of the spare time in the morning and heading out for a jog around the beautiful George Mason campus!

A couple of fresh-faced runners exploring the campus at 6am!

On day one of the summer school we were presented with an in-depth programme and gifted leather-bound notebooks from the IACP. This really set the tone for the fantastic level of hospitality that was displayed by our American colleges throughout the week. We spent the first morning doing thorough introductions and we each had five minutes to talk about our research. This was a really useful icebreaker and conversation-starter. Throughout the week we received so many interesting and informative sessions. Some of the key areas explored included; theories used in policing research, research designs such as mixed methods, qualitative interviews, RCTs, SSOs, ethnographies, secondary data, using video data and translating research into practice. One of our favourite sessions was the practitioner panel, with police representatives from Australia, America and SIPR’s very own Inga Heyman. There was interesting discussion around some of the challenges of evidence-based practice within policing, including resistance from members of the police to academic research. The practitioners provided examples of how to work around some of these barriers, namely ensuring that the research is as applied and collaborative in nature as possible.

After our busy days of learning we rewarded ourselves with American BBQ diner food every evening, as recommended by the American students. Meaningful discussion continued to ebb over into the evening and close international bonds were made.

The 10th Annual CEBCP Symposium took place on the Thursday to break up the week. This was an exciting opportunity for us students to meet a range of people from police officers to government officials to fellow academics; all interested in evidence-based policing. Discussions at the symposium, and throughout the week, really highlighted fundamental differences between US and UK policing and academic systems. Some interesting discussions (or debates!) were had around politics, gun culture, responses to mental health and research methods. These discussions were fascinating; we learned a lot about other perspectives and challenged our own assumptions. They also really highlighted Scotland’s progressive attitudes towards policing and social justice issues as a whole. I think we all came to realise just how proud we are of these values and systems, whilst recognising that we still have a long way to go.

Katie and Claire showcasing the CEBCP banner at the symposium!

After the symposium, our exposure to American culture continued into the night as we were fortunate enough to experience our first Washington Nationals baseball match at the Nationals Stadium in D.C. It was an awesome, all American experience, and we were very grateful to the American students for organising this for us.

The final day of the summer school was closed off nicely with a discussion session around the challenges we face as early career researchers. We discussed issues such as ‘learning the ropes’ of the publication landscape, managing our own mental health and learning when to say no. A a final parting gesture (as if the level of hospitality wasn’t exceptional enough already!), we were kindly gifted one year’s free membership to the Police Chief magazine from Carl Maupin and the book ‘Evidence-Based Policing: Translating Research into Practice’ from Cynthia Lum and Chris Kopper. We ended the day with a graduation ceremony (so we can all proudly call ourselves GMU Alumni) and a wonderful food and drinks reception.

Our final Saturday stateside was spent with another action-packed day of a delicious brunch at Cynthia and Chris’ beautiful home followed by a visit to the National Air and Space museum (the bar has been set very high for SIPR to host the next Summer School)! We are all incredibly grateful to have had such an amazing opportunity afforded to us by SIPR and GMU. The hospitality shown to us by our GMU and IACP hosts was outstanding. We were so touched by how welcoming and kind they had been that it made for some tearful goodbyes.

We all turned back into wide-eyed kids as we gawked at the magnificent Space Shuttle ‘Discovery’.

The summer school is going to have a lasting impact. Before the trip, we both felt on the periphery of policing research; we previously hadn’t identified as ‘policing scholars’ and weren’t quite sure what to expect from our week at GMU or how we’d fit in. This changed very quickly. We were welcomed into the community with open arms, and realised our research will play an important role in furthering discussion in this area of academia. We were also enthused by the level of interest in our research from police across the globe. Not only have we developed bonds internationally, with plans in place for some exciting research collaborations, but we’ve developed close-knit connections within the SIPR community, with future meet up’s currently being arranged. We feel the new sense of belonging we have with SIPR will enhance our PhD journey’s and help us blossom as early career researchers.

Overall, we have emerged from this fantastic experience more knowledgeable, with new perspectives, renewed enthusiasm for our projects and plenty new connections. But what was unique about the IPSSS was we also came away with lasting friendships and a community we feel both part, and proud, of. Our ever-pinging ‘SIPR Summer School’ whatsapp group chat is testament to that!

PrevPreviousSearching for missing people: consolidating research and knowledge exchange between Scotland and Sweden
NextPartnering to Enable Evidence-Based Practices in PolicingNext