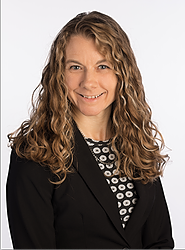 Megan O'Neill is a Reader in Social Sciences at the University of Dundee and has an extensive background of policing research with a focus on issues of social interaction in policing, both within the organisation and with the public and partners. Her work has included studies of football policing, Black Police Associations, community policing, partnership working, plural policing, surveillance and Police Community Support Officers. She is part of 'PolStops', a COST Action Network on stop and search in the EU. Megan led the 'EyesOnline' project, a study of state surveillance of online communicaitons. She was also part of the Unity Project, funded by the European Commission's Horizon 2020 programme, to study community policing and its adaptation to the new challenges of policing neighbourhoods across the EU. She was appointed as the SIPR Associate Director for the Police-Community Relations Network in August 2018.