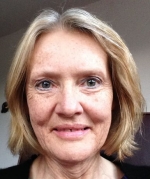 Mary’s current interest is in the history of the police, particularly 1900-1920. Her interest is in how professional groups talk about their lives and work through the pages of their professional journals. The work of the police as portrayed in The Police Review and Parade Gossip is the subject of her latest book published on 12th December 2018 by Routledge in their First World War History series. Data collection was from the Scottish Police College Library, Tulliallan as well as from the National Archives at Kew and other national and private sources. Other texts on the history of the police during the early twentieth century will follow. She graduated with BSc (Hons) Psychology (1982); MSc Research Methods (Surrey, 1986); PhD (London, 1995). Mary was a Department of Health research student from 1984-1986 and has received funding from the Scottish Executive and Scottish Enterprise, among others, for her research. She was Senior Lecturer in the Department of Government, University of Strathclyde for 13 years and has held public appointments in Scotland and England.