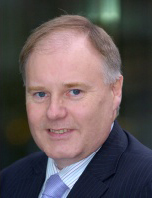 Tom has been a Forensic Scientist for over 30 years. Fifteen of those years were spent with the Northern Ireland Forensic Science Laboratory. He started work in chemistry but later developed an expertise in fire investigation. He has also worked extensively in the paint, glass and general chemistry departments. He has been heavily involved in shaping the new forensic service over the past few years. Tom previously held the post of head of Lothian Borders Police Forensic Science Support Department and was appointed Director of the new Scottish Forensic Science Service in 2013.

Research:
Back to SIPR People